When Charlie was 3 years old, his life was like this: He spoke only five words, he seemed in a constant state of agitation and distress, he had massive tantrums (he cleared a whole shelf of red wine in a major store once!), he barely interacted with anyone apart from me (in fact, I think he actually thought that we were one and the same person), his hair was long as he was petrified of having it cut, he ran everywhere unless he was strapped into the pushchair, he trashed everything and lived for Thomas the Tank Engine.

Five years on and Charlie is now 8. The state of play today is (I’m delighted to say) very different. He doesn’t stop talking, he goes to mainstream school, he has lots of friends and a wonderful relationship with his older brother, he plays in a football team, he is relaxed, funny, loves attention (he has been in school assemblies and plays) and now when people ‘visit’ him at school, he doesn’t stand out as the ‘autistic one’ and they often pick out someone else! The difference has been Child Autism UK. 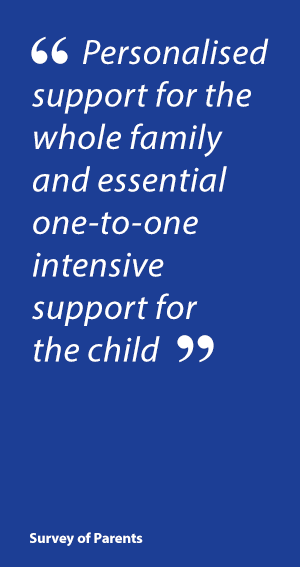