“Let me tell you how two unfit and possibly drunk former students answered the Child Autism UK call to arms to step forward and compete in a televised sporting event. It went by the name “The Great South Run” with the finest athletes from all around the globe descending upon Portsmouth in order to tread that hallowed tarmac.

“Now it was time for me and my co-runner Ed to go win one for average Joe and prove once and for all that sport is all in the mind. Heroic? Yes. Unwise? Yes. Suicide mission? Quite possibly.

“As the months since I agreed to do it chipped away, I began to wonder why on earth I ever agreed to run. Then it dawned on me, I never did agree to run. This was an outrage, who signed me up? It was too late, the race wasn’t far away and Paula Radcliff needed a challenger, maybe it was her who signed me up? She had no true competition and she knew I was a contender, it certainly explains her poor effort in the Olympics, she was holding back because she wanted to take on the big dog himself. All I knew was it was time to train.

“There is no denying that my training regime was gruelling. I began by finding out exactly where Portsmouth was and followed that up by finding out what time I’d need to get there. It was what I feared most, I’d have to wake up early. This was a huge blow to my strategy and no doubt the work of that head-nodding Radcliff. I had been dealt my first training blow and now truly knew the meaning of the term “hitting the wall”. Two days before race time and I contacted Ed to ask him if he thinks maybe we should get some running practice in. He agrees but we are quickly side tracked by Guitar Hero and the fine amber-nectar that is Stella Artois.

“Race day was soon upon us and I felt like a machine as a result of my intensive training. Ed and I made our way to the starting gate; I looked up at the big screen and saw that Radcliff was off, nodding her way down the road at 200mph. On the way to Portsmouth I hadn’t ruled out myself and Ed having a spectacular one-two finish, but now this was now impossible, I wasn’t even changed and the Olympian was sprinting about like a lunatic. Touché Radcliff, touché.

“I got suited and strapped that little tracking device thing to my foot, like a criminal out on tag. We took our places at our designated starting-point and I took a moment to psyche out the opposition. I look at a group of semi-pros in brand new Nike mesh running wear, warming up, drinking isotonic drinks and applying deep heat. I stare and point at them menacingly and mouth the words “you’re going down”. Everybody now knows that Gareth Williams is here to take care of business.

“Catching us completely unaware the klaxon goes and it’s go-time. I decide on some exhibition stuff and throw caution to the wind by blazing up the track at warp-speed. Showboating for the crowd I mix it up by weaving in and out of the pack. The other runner’s look at me with horror, no one had prepared them for hurricane Williams. I was a force of nature as I tore onwards, before I was panting and out of breath, I look up and see I haven’t even ran past the starting gates. Damn you Guitar Hero and beer.

“We’re soon unleashed on the streets and the crowds are still strong, using this energy from my fans I called on my back up reserve and got down to grinding out a result. I saw some runners immediately drop out, like unsuspecting baby turtles running from the beach to the sea and getting picked off by hungry seagulls, I pitied them but there was nothing I could do, the seagulls would eat well today.

“After some time I found my rhythm and began prancing like a gazelle. Confident I had cleared three or four miles at a lightning rate I began to ease off a little, saving a bit of juice for a spectacular finish. About five minutes later I ran past a sign saying “1 mile”. Oh dear. It would seem I have terribly underestimated how far a mile actually is. I turn to Ed for guidance but I can see sheer horror in his eyes. I feared for Ed.

“Around three miles in and I had gone into a Zen like trance, for awhile I thought I may be in purgatory. I worried as to the whereabouts of Ed, maybe he had collapsed in a heap, his body given up under the intense conditions, or maybe he was right to the side of me, I didn’t know because I couldn’t move my head to look without causing myself tremendous pain. Ed was on his own now and I could only wish him well.

“It was soon after that “it” happened. A tree went sprinting past me. My god. I had gone insane. A tree? Unnerved by the other demons that might lurk, I decided to run with my eyes closed, until I smashed into a giant womble.

“A few more miles and I come under attack from a barrage of water bottles. They said they were helping but I had to dive and roll to survive. I stopped running to pick up a stray missile but my legs wanted to keep going, which produced a bizarre duck like waddle. I had to face reality that this may be my new regular walk. I hadn’t seen Ed in some time but then there he was also waddling like a duck gasping for water. As we neared the 8 mile mark I celebrated, just two more miles to go…then disappointment as I remembered how far a mile actually is.

“The final stretch is deceptively long, tunes are pumped out, the crowd all cheer from the side and you can see the finish line. I tried to put on a show and whip them into frenzy with some champagne running, but I had nothing left in the tank and I staggered over the line like a drunken tramp, before collapsing the other side. As I lay wondering if I had made it or if I had gone to ground at mile 7 and was now dreaming, I saw Ed scatter over the finish, tears in his eyes, a broken man.

“I lay on that finishing line for several hours, in fact maybe a couple of days. When I finally dragged myself up I couldn’t believe I had just run ten miles and I was delighted with my effort even if it was a workman like 1hour and 50mins, (despite bragging to some other runners I had done the course in “just under an hour”). I genuinely felt like I had done something constructive and achieved something both for myself and for Child Autism UK and they even gave me a massive medal, which I wear on a daily basis. I learned that you don’t have to compete with Radcliff to secure sporting glory; you just have to do the best you can.

“Thanks so much to everyone who sponsored Ed and I.” 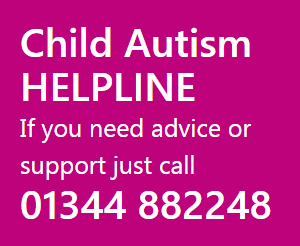