Everybody was telling me what a good job I was doing because my nine month old son was so quiet and self-contained. He was not demanding, needy, clingy or any of the things his peers were.

I can’t remember ever feeling that his passivity was down to my parenting I always thought it was something in him. He didn’t reach out to be picked up, point or wave bye-bye. For a long time though, I was able to tell myself I was being neurotic. People around me also shied away from any suggestion that there might be “something wrong.”

They’d say: “… he’s just in a world of his own…” which I now know is an observation heard by lots of parents of children later diagnosed as autistic. He was nine months old and happy to flip through his books on his own for up to an hour. He would listen to his music, transfixed and unmoving for long stretches. This was so unnerving that a friend once asked me to turn the music off, he was so disturbed by the sight of such a deeply transported child. When my son walked he walked on tiptoes. He would eat a whole tube of toothpaste if I let him and when we visited other people’s houses he would often be found downing a tube of toothpaste in the bathroom. He flapped his hands for no reason and lined up his toys rather than played with them. I remember taking him to a friend’s house and he went around the house collecting up about 30 ornamental ducks of all different sizes and types and lining them up. My friend thought he was a genius to do that.

Lots of things he did in his first two years convinced everyone around us that he was a genius… which it turns out rather cruelly, is a common early “amateur” diagnosis for an autistic child.

He did begin to talk but he labelled everything, he never requested things verbally, so although he could say “biscuit” he wouldn’t say it to get a biscuit, he’d pull me across the room by my finger toward the biscuit tin, screeching. At about two years 90% of his speech was echolalia: recitations of books he’d memorised or songs he knew – over and over and over. Proof that speech is not communication.

When his younger brother was born he didn’t notice him at all. The difference between a child actively ignoring someone and a child who doesn’t even know someone is there is difficult to understand until you see it in your own child.

When we finally began to explore obtaining a diagnosis he was two. I was so frightened of mentioning “the a- word” to my health visitor that my husband ended up having to take him. My son was finally diagnosed at just three by which time I knew he was autistic; I just needed the piece of paper that confirmed it in order to ensure we could get the most appropriate provision in place for him. There’s nothing so angering and heartbreaking as having to push to get a doctor to tell you news you do not want to hear. 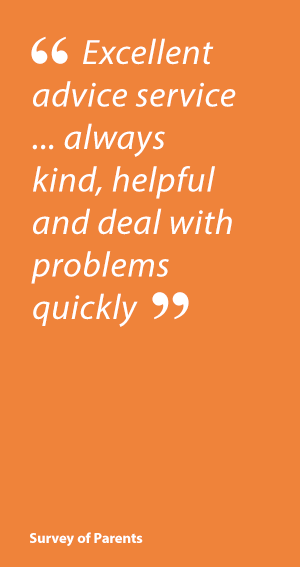